I had these images of having plenty of time to write interesting, informative and pleasing blog posts about the things I’m doing.
Instead I find myself running ragged ever since I left CT – with no end in sight.
Yesterday in Atlanta I visited The Jimmy Carter Presidential Museum and Library, the historic home that Margaret Mitchell lived in while she wrote the majority of Gone With the Wind, and I ended the day visiting The High Museum of Art ( It was half price on Thursday nights!)
I really enjoyed The Carter Center. As a child my first awareness of politics was Watergate. (Wait. What? What’s a President? We have a President? And he lied?) So by the time Carter was being elected I totally wanted him to win. I had a teacher at the time who made us engage with the political process by choosing sides and visiting the local Party offices and volunteering.
I was so displeased by what I’d seen since becoming aware of politics that of course I chose to campaign for Carter.
Since leaving the Presidency the man has done many commendable things in this world and I enjoyed immersing myself in the facts of it all.
Plus it was kind of awesome to stare upon an actual Nobel Peace Prize.
A helpful museum guide named Tony broke the rules and took some pictures of me. He also gave me the Jeopardy-worthy little bit of trivia: There are only two cities in the world which house two Nobel Peace Prizes. One is Atlanta (I went and saw King’s today!) and the other is Soweto, where medals for Desmond Tutu and Nelson Mandela reside.
Somehow I enjoyed that tenuous connection, what with the week’s news being filled with the goings on at the memorial ceremony to honor Mandela’s passing. 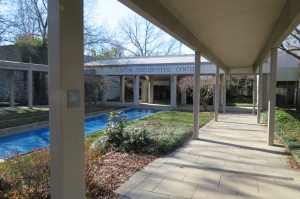 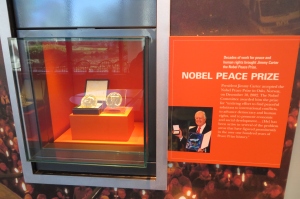 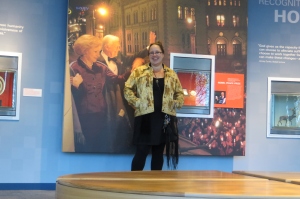 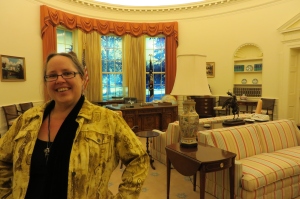 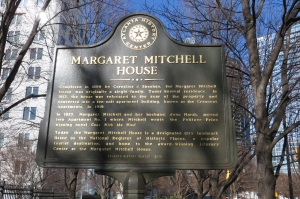 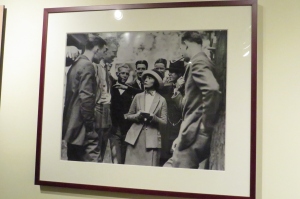 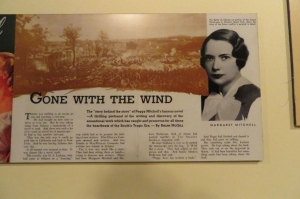 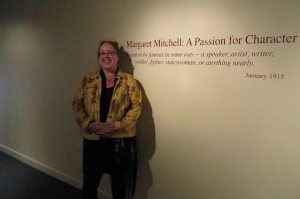 Here in Atlanta I’m staying with a nice older gentleman named Al. It’s a booking I made via Airbnb – a service born of the sharing economy whereby you rent out extra bedrooms in your house, or pay a cheap price to stay in someone else’s extra room. I’ve been renting out my extra room that way for a few years but this trip is my first chance to really utilize it for myself. (If you don’t know Airbnb yet, do check it out.)

Anyway, Al lives just on the outskirts of Little 5 Points. I spent a good amount of time here in the 80s when Vette (my lifelong best friend) lived here.
Today I started the day with a short walk to Little 5. Truly worthy coffeehouses and a collection of stores I wish I had access to on a daily basis. I spent a few hours wandering and browsing. Enjoyable day. 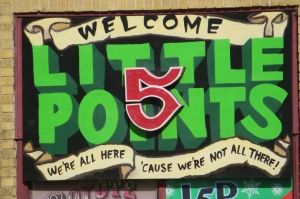 A Facebook post, saying where I was, got me a message from a friend saying she had people not too far from here and that I should visit and deliver a hug and greeting.
So I did.
That introduced me to the Lake Claire Land Trust.
What a fantastic place! With land bought from Marta, they have created a meandering little city oasis with playgrounds, sweat lodges, a small amphitheater, performance spaces, and I met an emu named Lou!
That was a great detour and addition to my day! 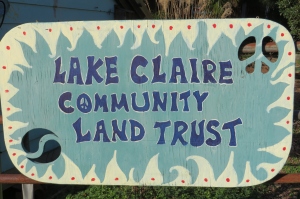 Then I jetted off to The King Center to pay my respects and learn a thing or two. The complex is rambling and covers many blocks. I got to see Atlanta’s second (or was it the first?) Nobel Peace Prize.
I was somehow humbled to stand near his tomb. The gravity of it all. A friendly pool cleaner named Lawrence took my photos for me.
I really like meeting real people to chat with. 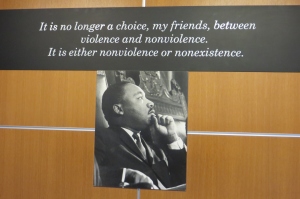 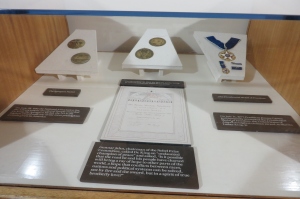 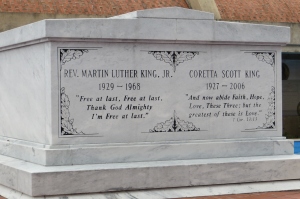 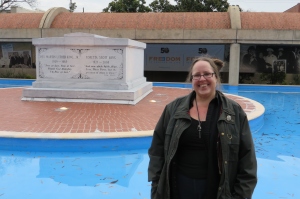 I was going to go back to the Lake Claire Land Trust tonight for a Friday night friendly jam but that’s not gonna happen.
I walked a couple blocks from Al’s for dinner at a place called Babette’s and, at 9pm, have landed next door at JavaVino – a coffeehouse wine bar combo and I’m downing more wine than would allow me to be comfortable driving back to the Land Trust.
Here I sit writing this bit on my iPhone in hopes that when I get back to the house I’ll upload some photos and make this a real blog post.

My original plan for this trip was to cruise along the northern reaches of these southern states as I head west but a Facebook post last week from a friend might be sending me north from here to Tennessee – to McMinnville – where there is a concert tomorrow known as Bluegrass Underground. Once a month they have concerts that (I think) are filmed for PBS and December’s is tomorrow and billed as “A Pirate’s Christmas.” So yeah. I think I’m changing my plans and going north tomorrow. 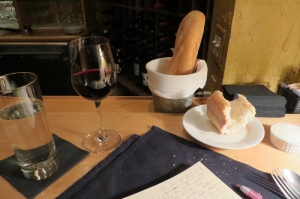 One thought on “Atlanta Whirlwind”