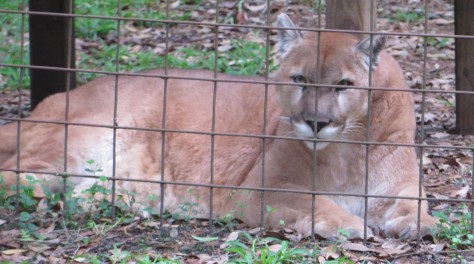 I learned that from my mom. At one point, when I was a child, we had as many as nine cats. My Mother was simply incapable of turning away anyone or anything that was hungry or unloved or needed a place to crash for a while. So you can guess that every stray animal (or human) ended up at our house.
She gave me a good foundation in responsibility to animals.
I’ve always had a cat or two or four in my life. I’ve always helped turtles cross the road. I’ve always helped animal rescue organizations when I can. And I’ve always known it’s a bad idea to personally own a tiger or a lion. But at the same time I’ve always wanted to own a medium sized cat of my own.
I love cats. They are all gorgeous. And their personalities please me. All of them. Even the mean and crotchety. So the idea of owning an extra large house cat-well it can’t help but be appealing. 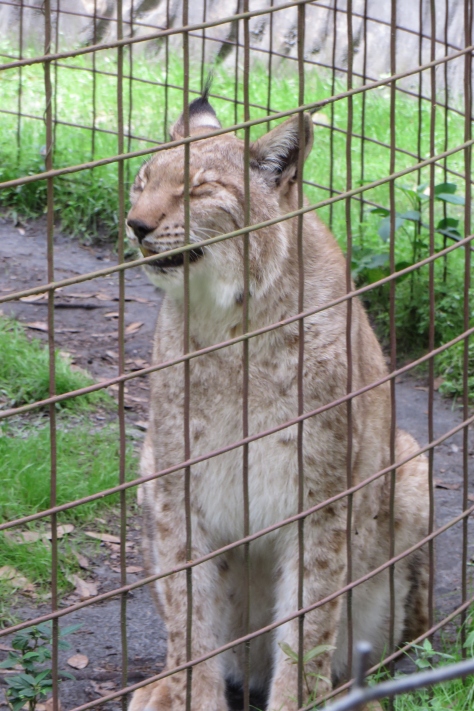 The truth is that big cats, even the small big cats, are not meant for house living.

Last week, in Tampa, FL., I paid a visit to Big Cat Rescue.

What a fantastic organization!

They are one of the world’s only accredited big cat rescues. And they are very good at what they do.

A tour of the grounds consisted of a leisurely meander among the cat cages, heartfelt tellings of many of the cat’s individual stories, and a good dose of education about the plight of large and medium sized cats forced to live in quarters designed for humans.

I’m very glad an organization like this exists. They take great care of these majestic felines and it shows. The cats are happy and lolling about smiling and grunting and licking bloodsicles. (Bloodsicles are just what they sound like.)

Many have access to lakes and ponds for swimming if they like. Animals who were rescued together continue to live together. Ah, the story of Cameron the lion and Zabu the white tiger, rescued from a zoo. Or the five servals saved from a NY basement after nearly 14 years!
The biggest cats have a sort of vacation land. They rotate time on multiple acres where they can run with enough room reach their top speeds.

I hope you enjoy these photos as much as I enjoyed my visit to Big Cat Rescue.  (And just for the record, I’ve given up my desire to own a bobcat.)

If you have 10 or 20 or 100 bucks you’d like to toss their way, you can find their donation page here and their wishlist page here.

If you aren’t moved to do that then consider a donation to your local dog or cat shelter.
It’s good karma to help beings that cannot help themselves. 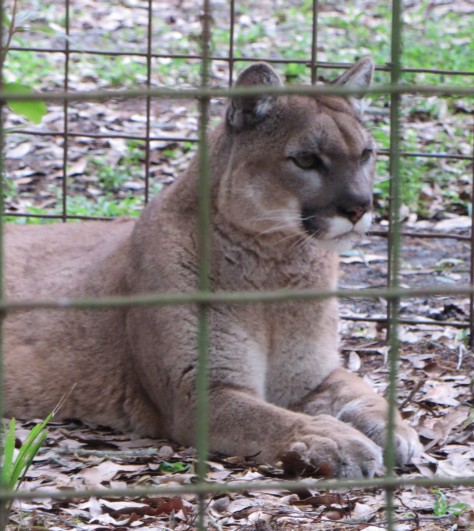 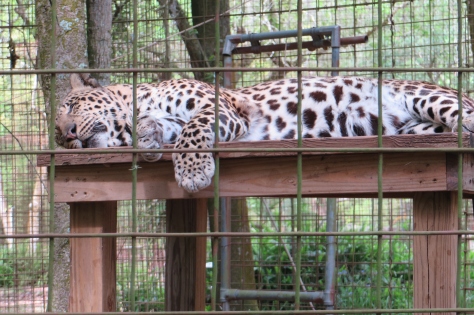 For reasons I can’t explain I’m drawn to books about the old south.

When I was a kid I generally picked my reading material solely based on the heft of the book. I disliked books that ended too quickly. I’m not sure how I found my way to Gone With the Wind, but I’m sure it’s size had something to do with it. I must have been somewhere around 11 or 12 the first time I read it.

As a diary enthusiast I’ve read diaries from a number of various persons involved in the conflicts of the 1860s – from slaves who could write, to ladies of various plantations, to soldiers from both sides.

But it wasn’t until I took a class with Cecilia Miller at Wesleyan University that I’d ever gotten around to reading Uncle Tom’s Cabin by Harriet Beecher Stowe, (though I’d always wanted to.)

Published in 1852, still more than a decade before the Civil War, it gives some perspectives on slavery that many Americans of the time went to great lengths not to see or think about.

The novel begins at the Shelby’s plantation in K’ntuck, where we meet some of the slaves, and learn that Mr. Shelby has gotten himself into debt and even though he is a kind master, he must sell some of his slaves. So he sells Tom and a little boy named Harry. The deal in the planning stage, is overheard by Eliza, Harry’s mother and that night she runs. She and her husband are lucky enough to find each other along the Underground Railroad and they eventually make it to freedom in Canada. Hers is a gripping tale. Tom takes his fate much more stoically and travels down river with the Trader and is eventually bought by Augustine St. Claire as a sort of indulgence for his daughter Eva – a very spiritual child. When Eva dies, Tom is promised his freedom because of what an upstanding man he is and how much Eva loved him. But when St Clair unexpectedly dies too, Tom is sold again to an awful brutish man who dislikes Tom’s morality and eventually, Legree and his men beat Tom to death.

The characterization in the novel is exemplary and I loved it at the same level that I love Gone With the Wind.

Lately I’ve struggled with the idea of heroes and why I declare mine as I do. And I wonder why there are no women in my battalion of heroes. In my mind I’ve been wondering if I have any female heroes. In an effort to see if Stowe could be one, I visited the Harriet Beecher Stowe House in Hartford Connecticut last weekend.

It was a fine early fall day, sunny and bright.

I wandered through the visitor center waiting for the house tour to begin.

For sale in the museum store were a great number of contemporary books on social justice as well as kitschy writing implements, and numerous items with quotes – buttons and mugs and such.

In the learning center I enjoyed the display of book covers from around the world, showing the many languages the book was translated into. 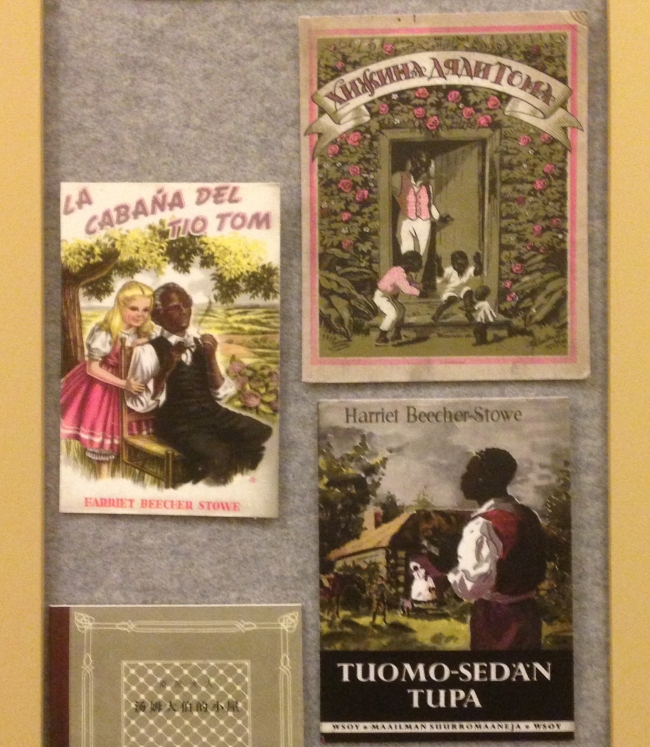 There was a large bulletin board inviting visitors to say “Who is Uncle Tom to you?” I was both miffed and intrigued by the competing opinions that Obama is Uncle Tom and Obama is not Uncle Tom. Hmmmm. 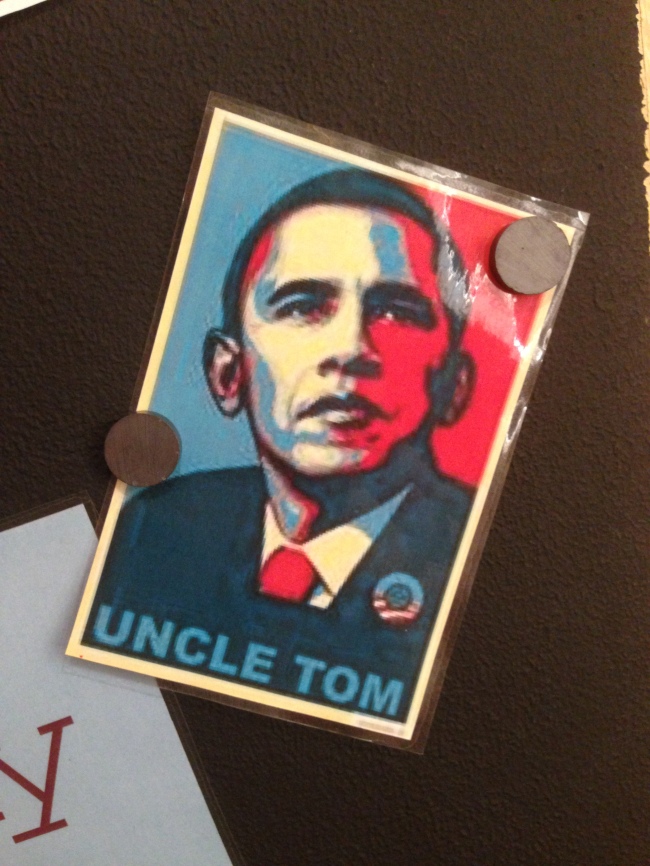 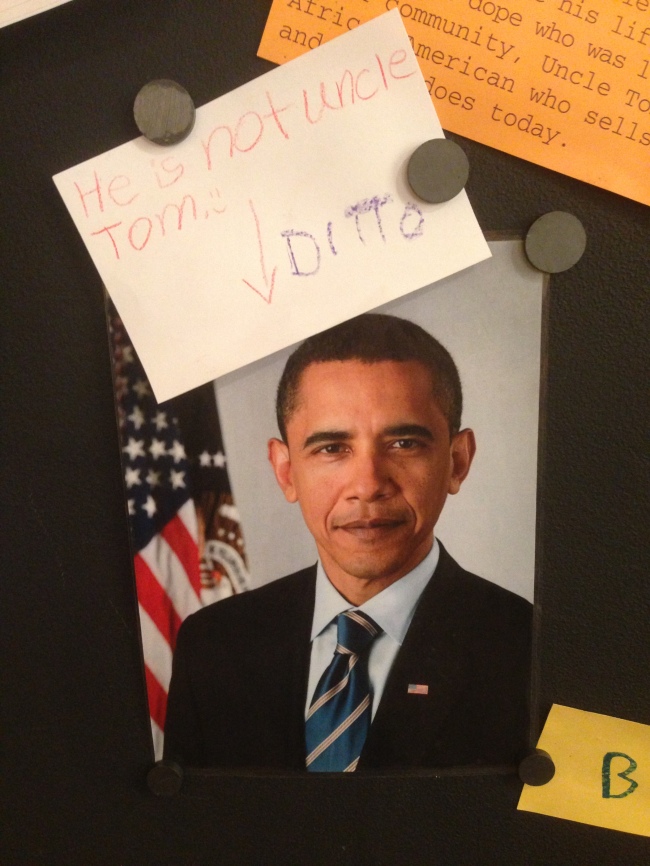 Harriet was from a large and somewhat famous family of outspoken individuals. Her father and brothers, mostly pastors. Her sisters, all writers. But she outshone them all when she published Uncle Tom’s Cabin. 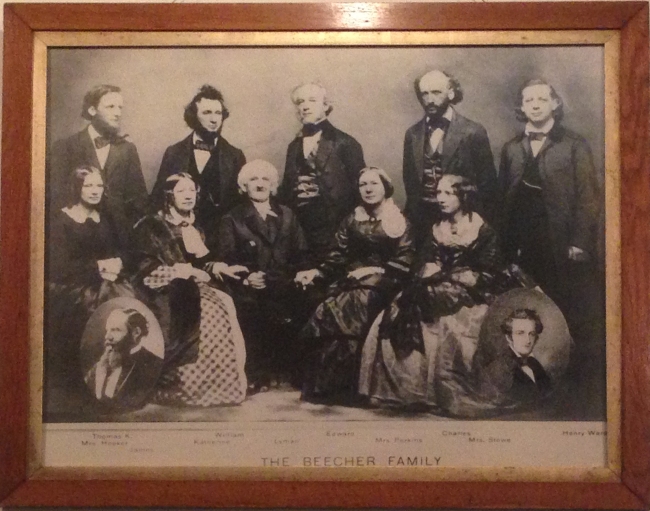 Her Husband Calvin Stowe convinced her to publish under her own name so there might be more impact if the public knew this came from a real person, and a woman at that.

Publication skyrocketed her to stardom, making her, at the time, much more famous than her neighbor Samuel Clemens.

The house tour was as interesting as an historical house tour can be. Not a very ostentatious home; a couple of parlours, a modest kitchen, and 3 bedrooms upstairs. No photos allowed inside.

James was an excellent guide on my tour, with insightful stories about the timing of various events, family life, her children – especially two twin daughters who acted as her managers and never married, and a son who drowned in the CT River at the age of nineteen.

He also gave an interesting perspective when he told us that Harriet was not modest. She was most likely to brush her fingernails upon her lapel and say “Yes, I wrote that, and I’ve gotten quite rich from it.”

The Stowes traveled widely on her earnings, and Calvin was able to leave his teaching position.

While it is debatable whether or not Abraham Lincoln, when he and Stowe met, actually said the exact words pictured at the top of this page, it is certain that her novel made it much easier for the north to embrace the Civil War.

A great novel. A well preserved historic home. But not my hero.